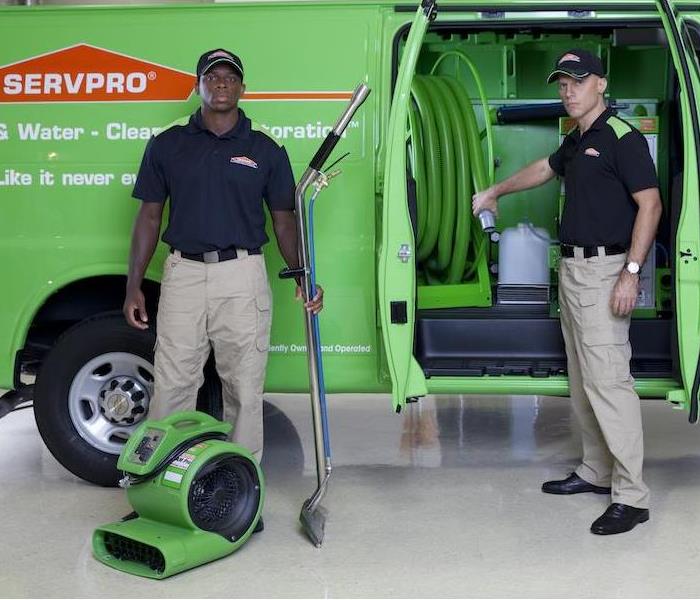 Water is no match for SERVPRO. We are equipped and ready at a moment's notice to restore your home.

Los Angeles is perhaps the most well-known city in the world, let alone the United States. Often dubbed as the 'Creative Capital of the World', it is estimated that one in every six residents of the city is employed in the creative industry. The performing arts have a special place in the cultural history of the city. The Los Angeles Music Center attracts more than 1.3 million patrons every year. The Hollywood neighborhood of Los Angeles is the epicenter of the motion picture and television industry. Most renowned film studios and record labels call the city their home.

Museums and art galleries are also a part of the city's cultural identity. The city holds the record of having the highest number of museums per capita than any other US city. The Getty Center, Natural History Museum, and the Museum of Contemporary Art are famous worldwide.

Why do SERVPRO's Water Cleanup Experts in Los Angeles use Dehumidifiers?

Water damage at your Los Angeles home can occur due to many reasons, including:

Whatever the cause, restoring the moisture level to preloss condition is the top priority during water damage restoration. The lingering moisture can lead to serious secondary issues if the restorers don't remove it efficiently. SERVPRO experts use dehumidifiers to remove this excess moisture during the water cleanup process. The three types of dehumidifiers we use include the following: