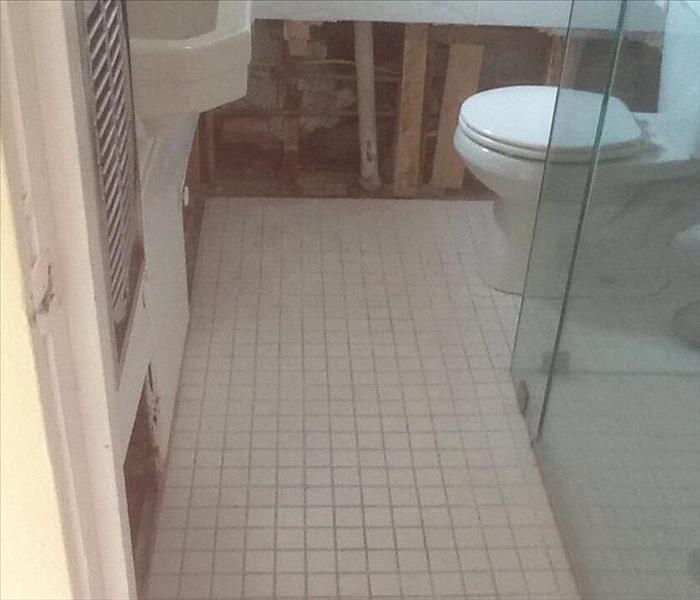 Sometimes the amount of water is not the most damaging element in a flood damage situation. There are three main types of water gauged by the amount of contamination, and the more extended period clean water sits, the more contaminated it becomes, which increases the amount of loss to the home. After 48 hours, water carries a rating as black water, a category three biohazard.

SERVPRO worked on flood damage to a Los Angeles home caused by intense storms. The roof on the home received damage from both wind and hail, and rainwater poured into the attic. Much of the affected areas and objects would have been restorable except for one thing: the homeowner was on vacation when it happened and arrived home to a huge, smelly mess.

After consulting with her adjuster, the homeowner contacted our SERVPRO location, and we were on-site within an hour to begin water extraction and cleanup efforts. Our technicians tarped over the areas of the roof, so no further water entered the property. Due to the amount of time the water sat in the attic, the cleaning and reuse of the fiberglass insulation was not a possibility in this case.

Water migrated from the attic through the floor joists and into the ceiling of the floor below. We performed the following actions to prep the affected rooms for drying and in some areas, reconstruction.
?    Our Water Restoration Technicians drilled weep holes in the ceiling to allow for both drainage and airflow during drying.
?    Numerous areas of the ceiling sheetrock required removal due to buckling and warping from the excessive moisture.
?    We used air movers to lower the humidity in the damaged areas quickly

After drying and disinfecting the property, SERVPRO technicians compiled a report for the homeowner of the actions taken during cleanup and restoration. We also made a list of the necessary repairs needed to return the home to its preloss condition. As we hold a contractor's license #999460, we can offer homeowners assistance with reconstruction to make the restoration process seamless and less stressful.

SERVPRO of Silver Lake / Echo Park helps local property owners with flood damage whenever you need us, day or night. Call us at (213) 628-2000, and we arrive on-site within an hour because We're Faster to Any Size Disaster.